In a desperate attempt to stay in power and survive the current market and political turmoil gripping the country, British Prime Minister Liz Truss fired her finance minister Kwasi Kwarteng on Friday and scrapped parts of their economic package. In the aftermath of Truss’s eight-minute news conference at Downing Street, the pound and bonds of the British government fell as a chastened Truss criticized the government for cutting taxes and warned that her reversal of the 20 billion pounds ($22 billion) of tax cuts wouldn’t calm febrile financial markets, reports Reuters. 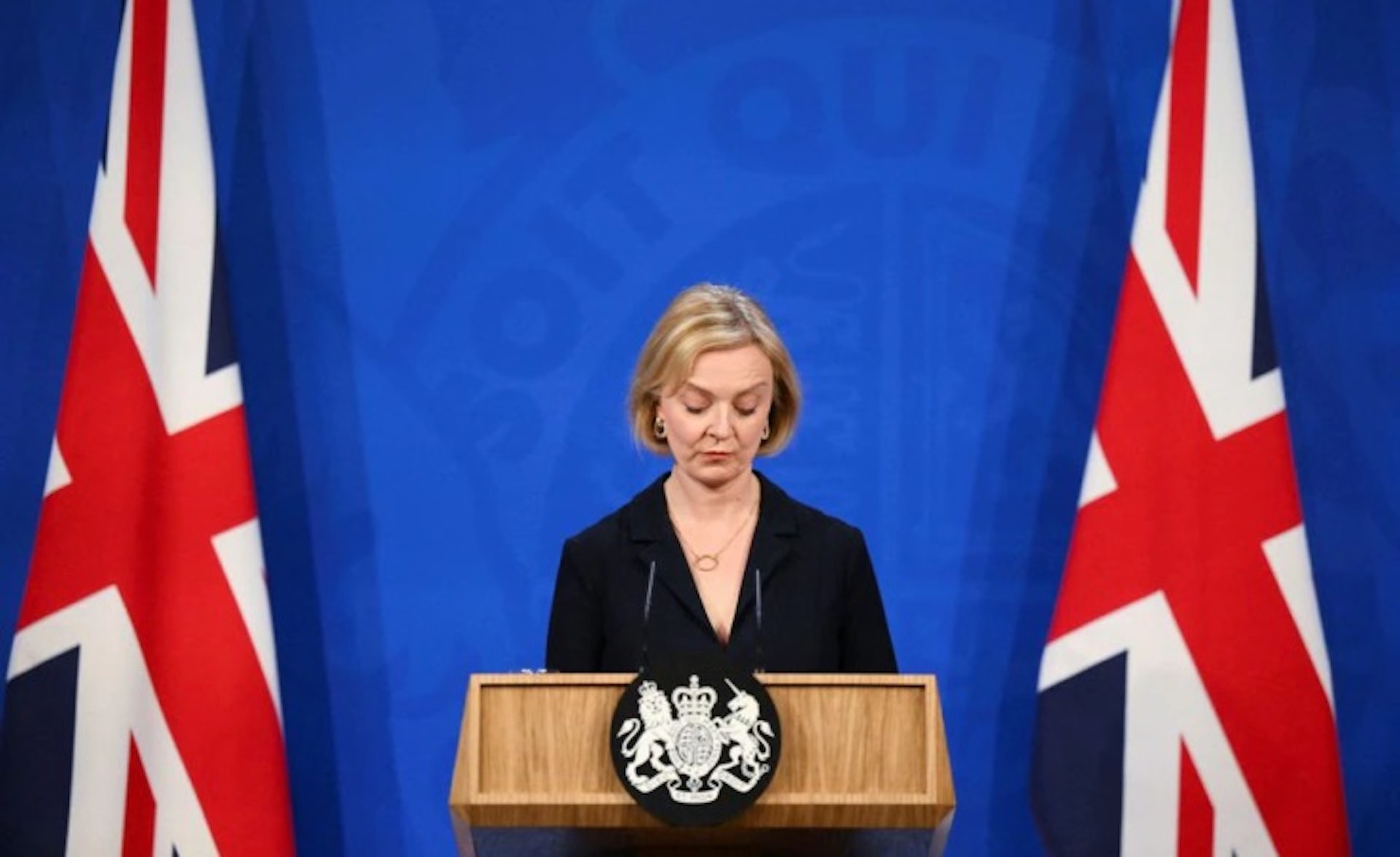 As a result of Truss’ 37 days in power, she has moved “further and faster” than the markets had expected during her time in office. As she put it, “I am acting decisively today because I want to ensure that our country’s economic stability is a priority of mine.” “I want to be honest, this is difficult. But we will get through this storm.” Earlier in the day, she fired her finance minister and close friend, Kwarteng, after he had to rush back from IMF meetings in Washington to London overnight.

Truss’s own position is now in jeopardy. On Sept. 23, Truss announced a fiscal policy intended to shock the economy out of years of stagnant growth. This is what she promised when she won the Conservative Party leadership last month. But markets responded so fiercely that the Bank of England was forced to intervene to protect pension funds from falling victim to borrowing and mortgage costs.

Market turmoil has brought long-dated bond yields within half a percentage point of the 20-year highs they hit on Wednesday, and they are not heading back to levels seen before Sept. 23. Many colleagues are looking for ways to force Truss from office due to market pressures and collapsed Conservative Party support. “The party loves principles and conviction politicians, but staying in power is everything,” a party insider told Reuters. “Ruthless can be popular too.”

Truss runs the risk of bringing down the government if she cannot come up with public spending cuts and tax increases that will appease investors and pass parliament. As successive Conservative governments have cut departmental budgets for years, her search for savings will be difficult. Infighting has meanwhile fractured her party’s discipline as it struggles to secure a way out of the European Union and tackle the COVID-19 pandemic.

In an indication of how far Britain’s reputation for sound economic management had fallen, a meeting of G7 finance ministers focused on Britain, rather than Italy. The head of the International Monetary Fund also criticized Kwarteng in Washington. Following a live broadcast by television news channels, he was fired minutes after returning back to Downing Street.

Around 60 billion pounds will need to be found through tax rises and spending cuts, according to economists. A country once seen as a pillar of the international community has had four prime ministers in six years. With the abrupt loss of her finance minister and her own fight to survive, British politics has been at its most turbulent since the 1970s. Adding to the drama, the Bank of England plans to end its gilt market intervention on Friday.

UAE and Japan to launch visa-free travel on November 1

MOU between Saudi Ministry of Investment and Amazon Saudi Arabia