The United Nations Educational, Scientific and Cultural Organisation (UNESCO) launched Revive the Spirit of Mosul in 2018. As part of its “response to one of Iraq’s iconic cities”, the UN body says. Mosul was occupied for three years (2014-2017) by the self-proclaimed Islamic State (Daesh), which left 80 percent destroyed. UNESCO says the Old City’s heritage reflects the exchange of values of tolerance and coexistence over a long period of time. 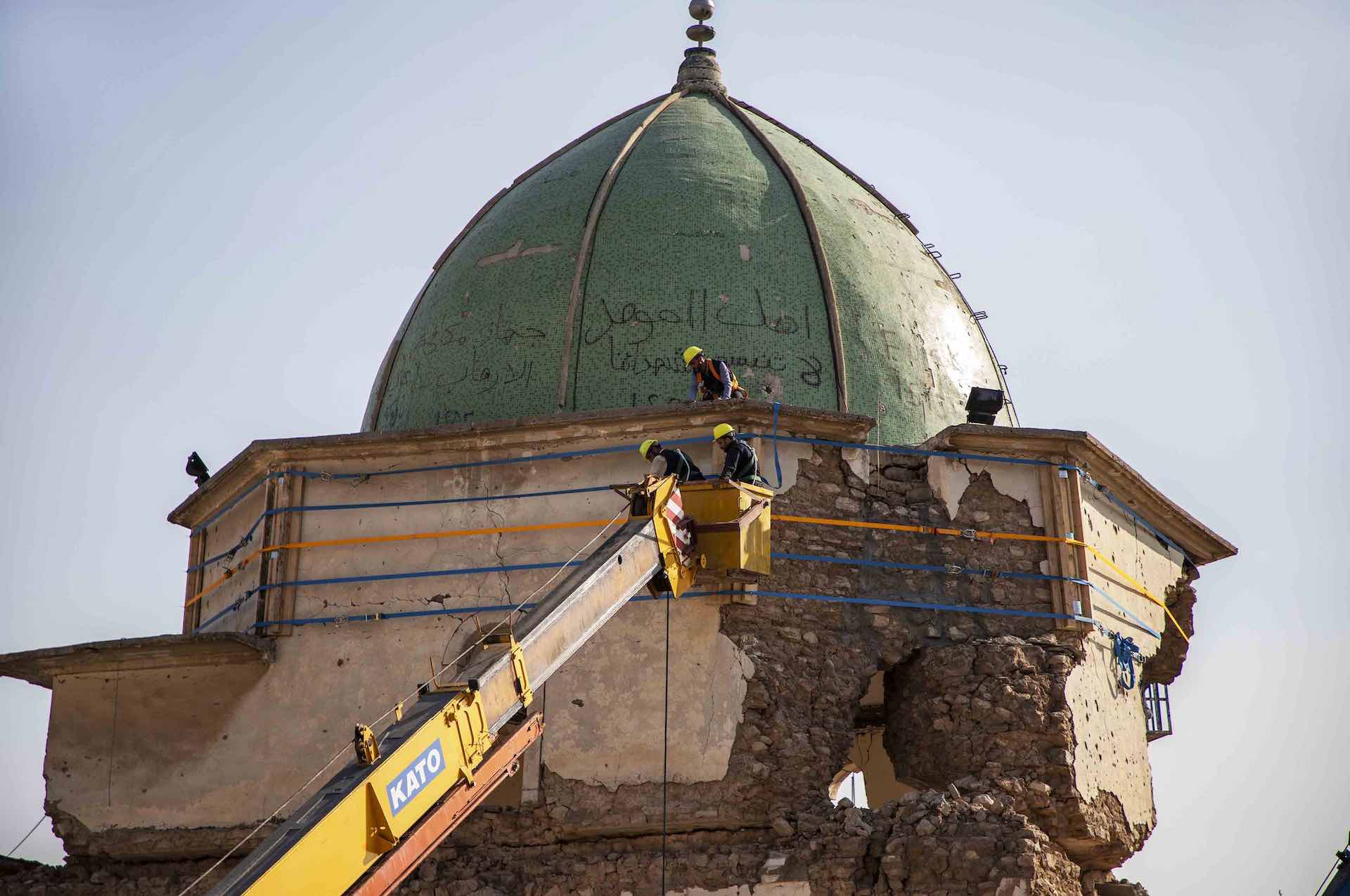 It is significant to note that Mosul is a city where Jews, Christians, Yazidis, and Muslims of different sects once lived together. This is according to Iraqi historian Omar Mohammed, Research Fellow at George Washington University. According to him, the city is known for its unique diversity. UNESCO states that Mosul has been a “strategic location due to its crossroads and bridge between north and south, east and west” for millennia, making it a target for the Islamic State because of its diversity. Having been destroyed by war, a rebuilding project had to take all of that into account.

The project, based on three pillars – heritage, culture, and education – has been funded by 15 partners. A contribution of $50 million has been made by the United Arab Emirates, and the European Union has contributed $10 million. The UAE initially contributed to the rebuilding of Mosul’s cultural heritage by restoring and reconstructing landmarks, such as the Al-Nouri Mosque and its 45-metre Al-Hadba Minaret. However, a year later, the UAE and UNESCO renewed their collaboration to include support for the reconstruction of Al-Tahera Church, regarded by UNESCO as an iconic symbol woven into the history of Mosul, as well as the Al-Saa Church, also known as Our Lady of the Hour Church.

An initiative impacted by the COVID-19 pandemic is nearing completion. UNESCO’s head in Iraq reminds us that work is ongoing on Al Nouri Mosque, Al Habda Minaret, Al Saa’a Church, and Tahera. The damage varies in severity, so it is at different stages. By the end of 2023, Paolo Fontani, UNESCO Director in Iraq expects most monuments to be completed. Al Habda Minaret is expected to take a few more months to complete. It will be the same techniques, the same material, and the same methods of rebuilding that will maintain the value of our work, he says.

Kuwait Oil Company facilities were not affected by the earthquake